VLRC Review into the Victims of Crime Assistance Act 1996 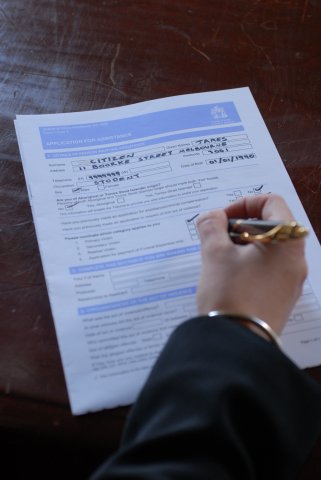 The report can be accessed here.

In response to the findings and recommendations of the Royal Commission into Family Violence (RCFV), the Attorney-General asked the Victorian Law Reform Commission (VLRC) on 22 December 2016 to review and report on the provision of state-funded financial assistance to victims of family violence under the Victims of Crime Assistance Act 1996 (the Act).

The VLRC released the consultation paper "Family Violence and the Victims of Crime Assistance Act 1996" in June 2017, inviting written submissions by 28 July 2017.

On 7 July 2017, the Attorney-General, by way of supplementary terms of reference, directed the VLRC to expand its review to consider the operation and effectiveness of the Act and the Victims of Crime Assistance Tribunal (VoCAT) for all victims of crime. The VLRC released the supplementary consultation paper "Review of the Victims of Crime Assistance Act 1996" in August 2017, inviting written submissions on both consultation papers by 31 October 2017.

The expanded terms of reference provide for the first comprehensive review of the Act since its commencement twenty years ago. As such, it constitutes an overdue platform for a close examination of the legislative, policy, operational and administrative barriers to the efficient operation of VoCAT, and opens discussion on options for reform across these areas. Subsequently, the MCV and VoCAT see the review as a critical opportunity to improve VoCAT's role in assisting victims of crime seeking financial assistance and recognition of their experience of violence as part of their recovery journey.

Part 2 was lodged with the VLRC on 20 December 2017 and provides an in-depth appraisal of legislative, administrative and system configuration aspects of VoCAT's operation that warrant consideration for reform, and offers options for consideration

A link to all 59 published submissions, including both parts of the Tribunal's joint submission can be found on the VLRC website: http://lawreform.vic.gov.au/projects/victims-crime-assistance-act-1996/…

The Attorney-General has asked the VLRC to submit its final report by the 28 July 2018.